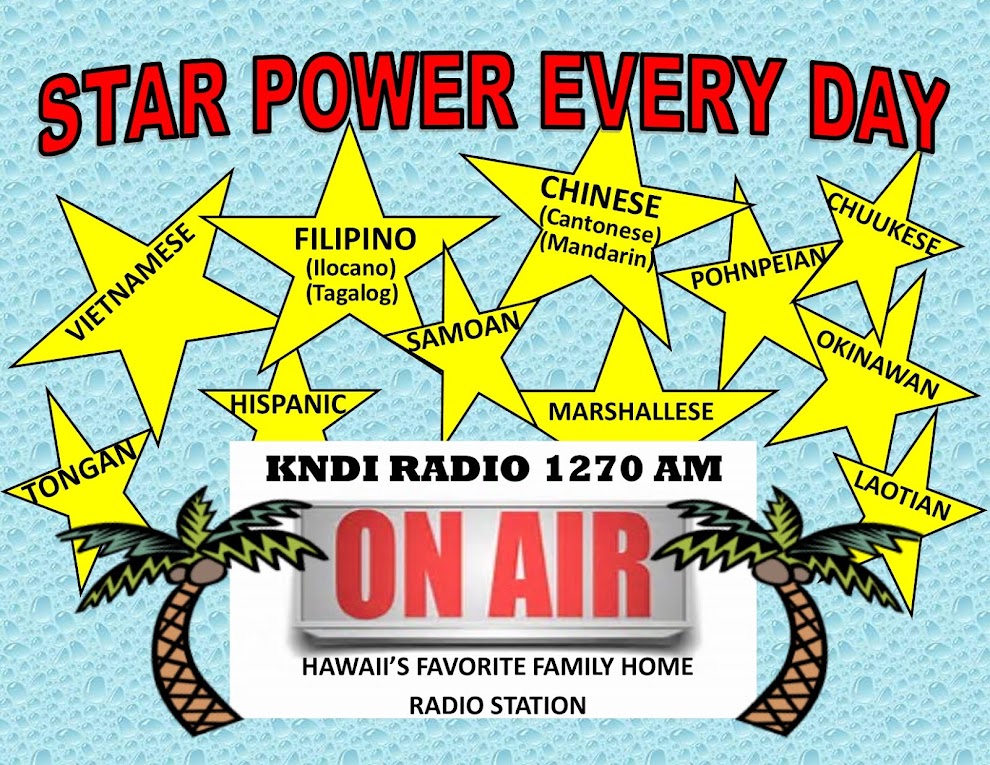 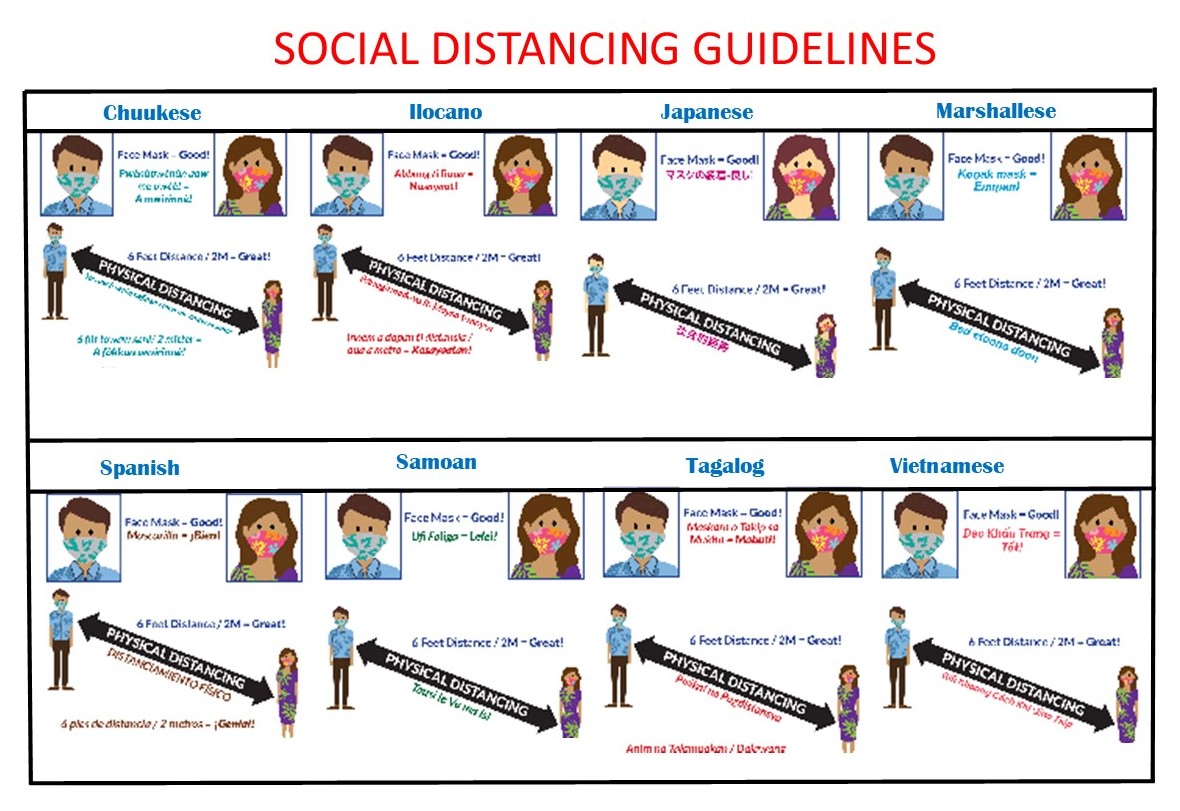 Saddened by another KNDI passing... 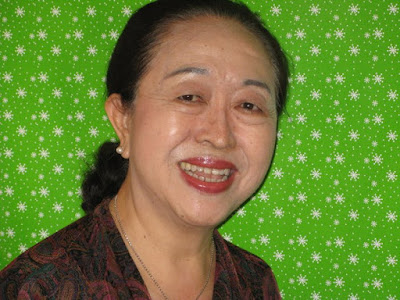 Selina Yeung - Host of "Learning a Little Bit More" (Cantonese program) passed away
on January 18, 2020.  Selina was a teacher by trade and love to educate her
audiences with news, crafts, recipes, music, etc.
Every Friday morning Selina would come to the office to record segments for her program
while bringing goodies to the KNDI Radio staff.  After many years of doing her program,
Selina decided to end her program in January 2017 to spend more time with her husband Sai, son/daughter-in-law and their new grandson.  Thank you for the memories Selina, we will
always remember your beautiful smile! 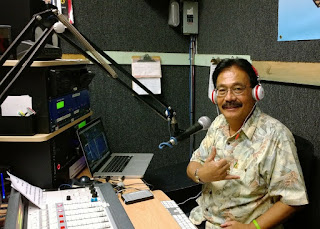 Tony Sagayadoro
Host of "Buhay Hawaii"
For many years Tony educated and entertained the Filipino community through his weekly radio program every Sunday afternoon and Monday evening on KNDI Radio 1270 AM.   Because Tony was given the gift of life through a kidney transplant, he realized how precious life was and knew he could make a difference to others.  The smile on his face shows you how much he loved life and he was glad he had the opportunity to give back to the community and watch his family blossom!
Quote from the Filipino Chronicle May 17, 2014 issue
"Sagayadoro was given the Gift of Life.  In turn, he gave so many the Gift of Love" 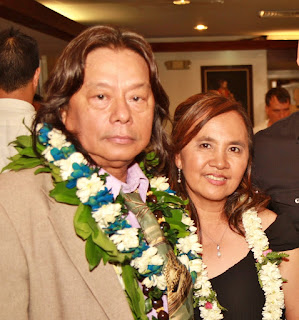 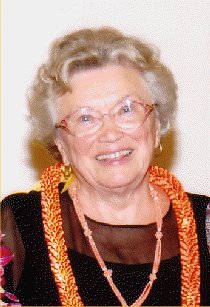 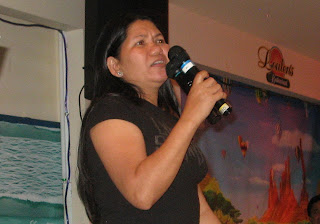 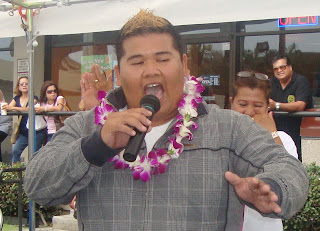 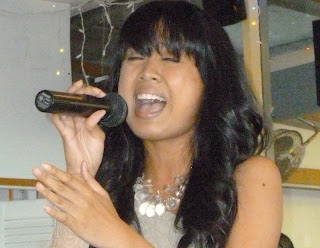 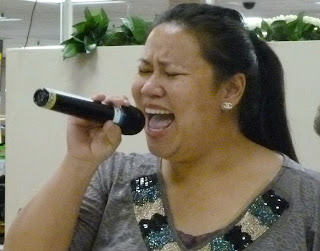 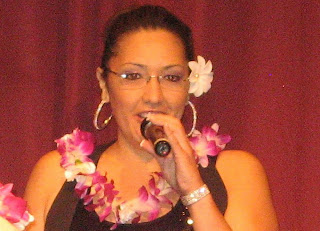 Long time popular Host has a stroke...Founder of the "Linabag Ti Napalabas" and
the"Fun-O-Rama" show Byrne Munoz had a stroke on April 21, 2009.  While recovering, son Bryan Munoz along with Chester & Ronnel Tangonan have taken over the duties ashosts of the "Fun-O-Rama" Program.  If you're lucky, you can hear Byrne on the radio when he calls in from time to time or live from the studio. 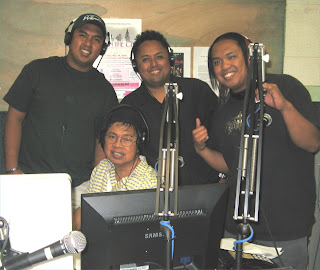 KNDI was saddened by the loss of "Harvey Weinstein" host of the Saturday
Evening Blues show and Operations Manager at KNDI Radio 1270 AM for 18 years.  Harvey past away on February 28, 2009.  Veteran Radio DJ Harvey will be
remembered by many in Hawaii.

Great Lady, Great Friend!  These are the many comments we hear about
Shelby Henderson who passed away in November 2002.

Here are some pictures from the 25th Anniversary Party in 1985...If you look really
closely, you will recognize several hosts that are still with
KNDI Radio 1270 AM today 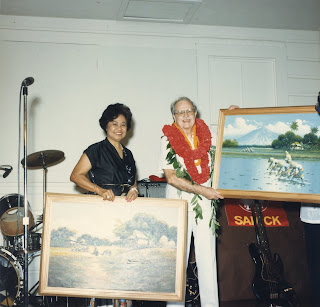 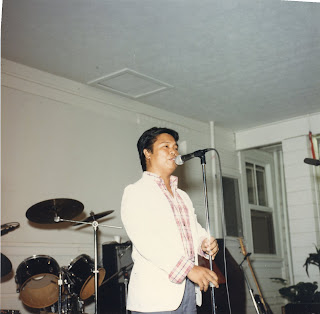 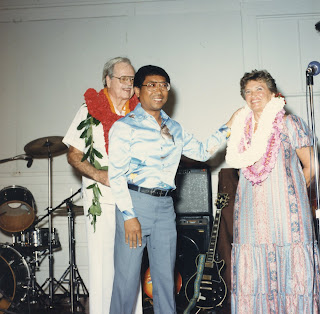 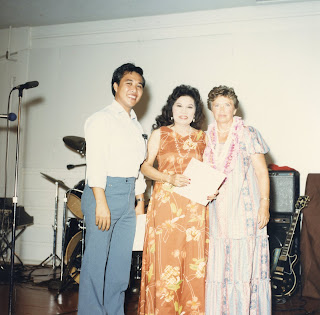 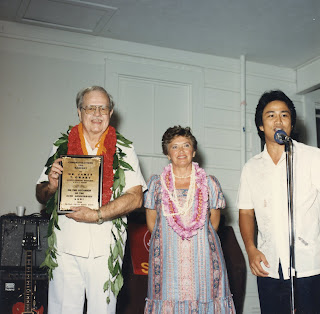 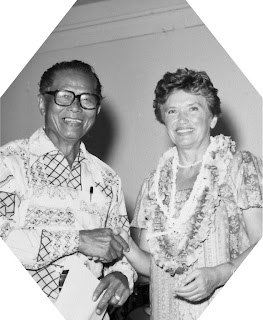 Leona Jona brought the KNDI Radio station from Waikiki to the current location on S.King St. in Honolulu. Leona is standing in front of the KNDI building.
Leona standing between Margarita Suyat & Bonnie Pascua from 1978. 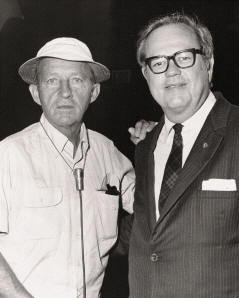 KNDI once located at the International Market Place on the famed Waikiki Beach stirs up much excitement. 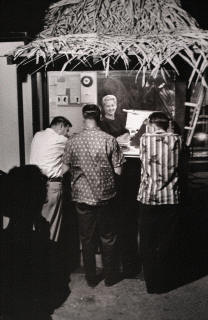 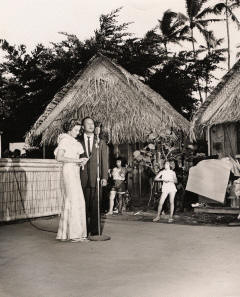 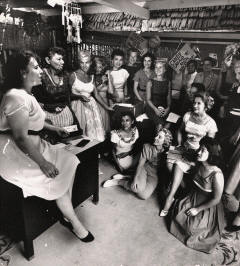 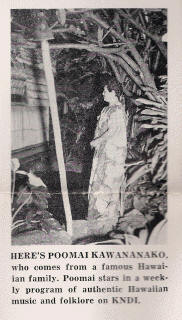 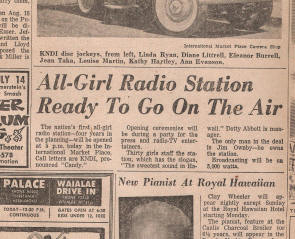